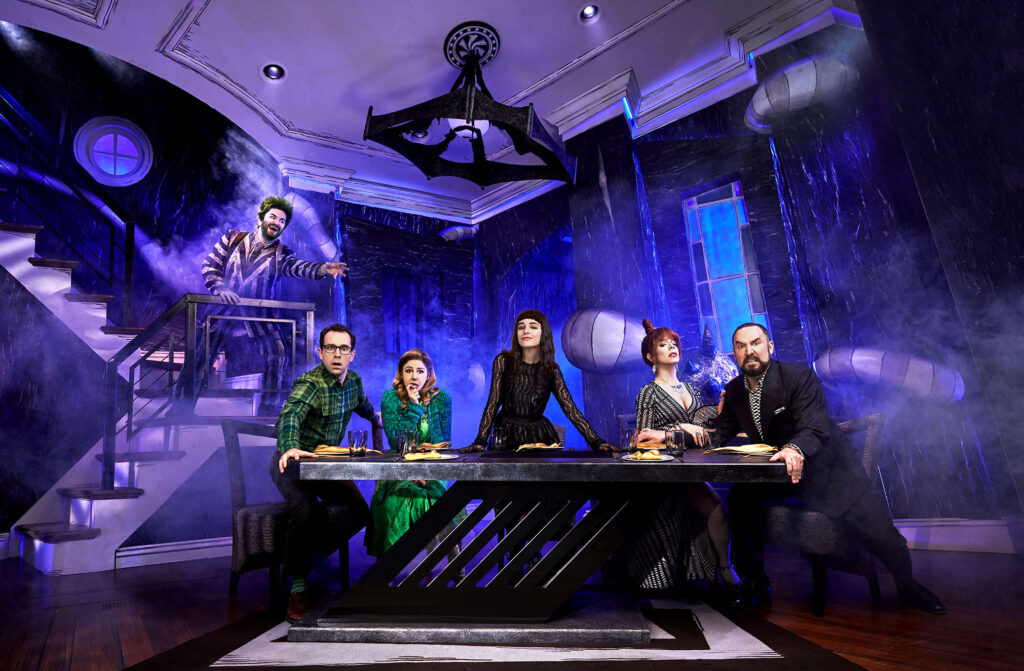 Beetlejuice will return to Broadway on April 8, 2022

Tickets will go on sale October 1, at Ticketmaster.com, with casting to be announced shortly.

The ghost-with-the-most makes his Broadway return in this edgy and irreverent musical comedy based on Tim Burton’s dearly beloved film. Beetlejuice tells the story of Lydia Deetz, a strange and unusual teenager whose life changes when she meets a recently deceased couple and Beetlejuice, a demon with a thing for stripes. When Lydia calls on Beetlejuice to scare away anyone with a pulse, this double-crossing specter unleashes a (Nether)world of pandemonium, and the biggest sandworm Broadway has ever seen.

“We are overjoyed to be able to bring ‘The Ghost with The Most’ back to Broadway and are looking forward to seeing all our Beetlejuice fans this spring at the Marriott Marquis.  We sincerely thank the Beetlejuice fans; it is because of their support that we will be able to blow the roof off the Marquis Theatre three-times over with fun and laughter, laughter and laughter!” said producers Mark Kaufman (Warner Bros. Theatre Ventures) and Kevin McCormick (Langley Park Productions).