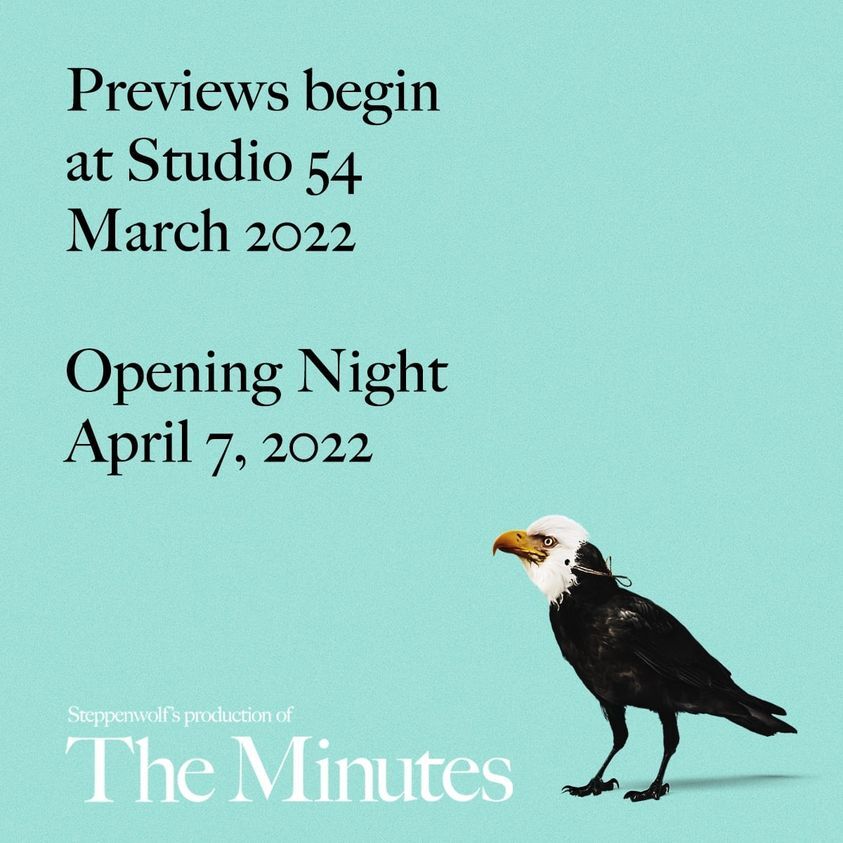 The Minutes will return March 2022

When COVID-19 shut the industry down, The Minutes was scheduled to be the next play to open on March 15, 2020; the anticipated production will now return—in a new Broadway home—in March 2022. The Minutes will officially open on Thursday, April 7, 2022.

The cast for the 2022 production will be announced soon.

The Minutes, the record-breaking hit production from Steppenwolf Theatre Company, takes a hard look at the inner workings of a city council meeting and the hypocrisy, greed and ambition that bubble to the surface when a newcomer to the small town of Big Cherry starts to ask the wrong questions. Why is someone on the council mysteriously missing? What happened to all those bicycles? Is there skullduggery afoot with the city’s finances? What’s the deal with the available parking space? What the F is going on with the Lincoln Smackdown? And why are the minutes from the last meeting being kept secret?

Though it is being performed at Studio 54, The Minutes is not a Roundabout Theatre Company production.